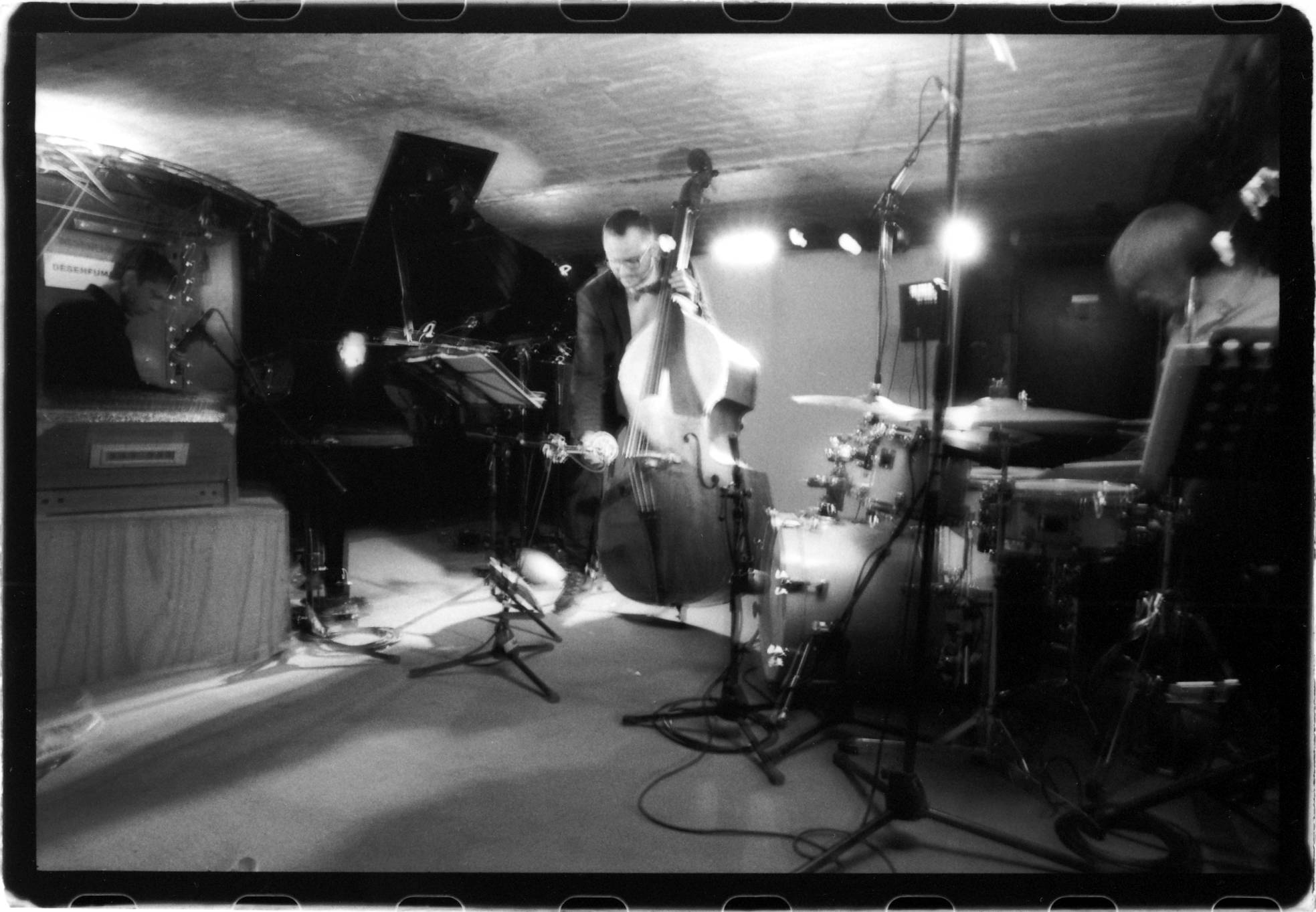 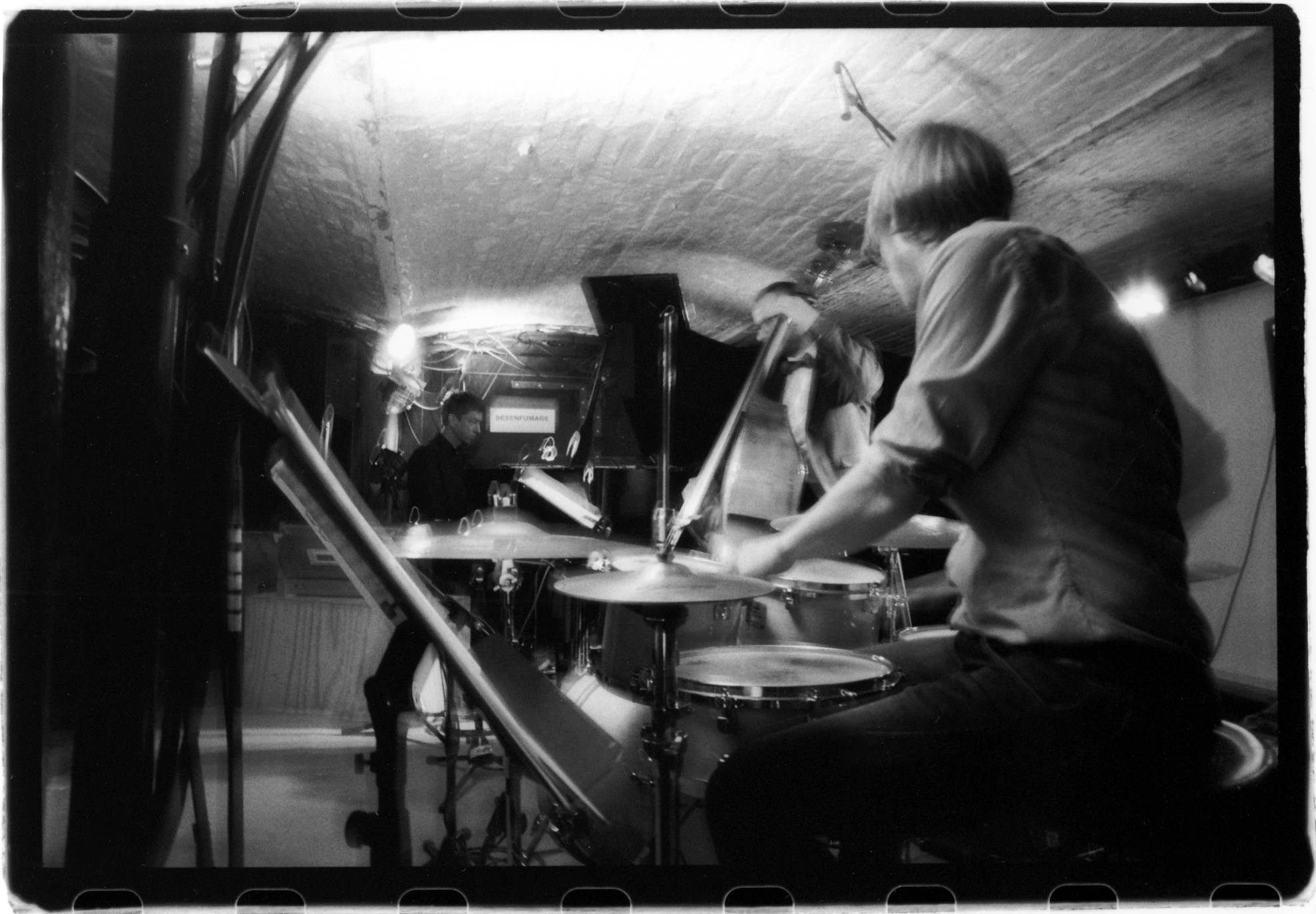 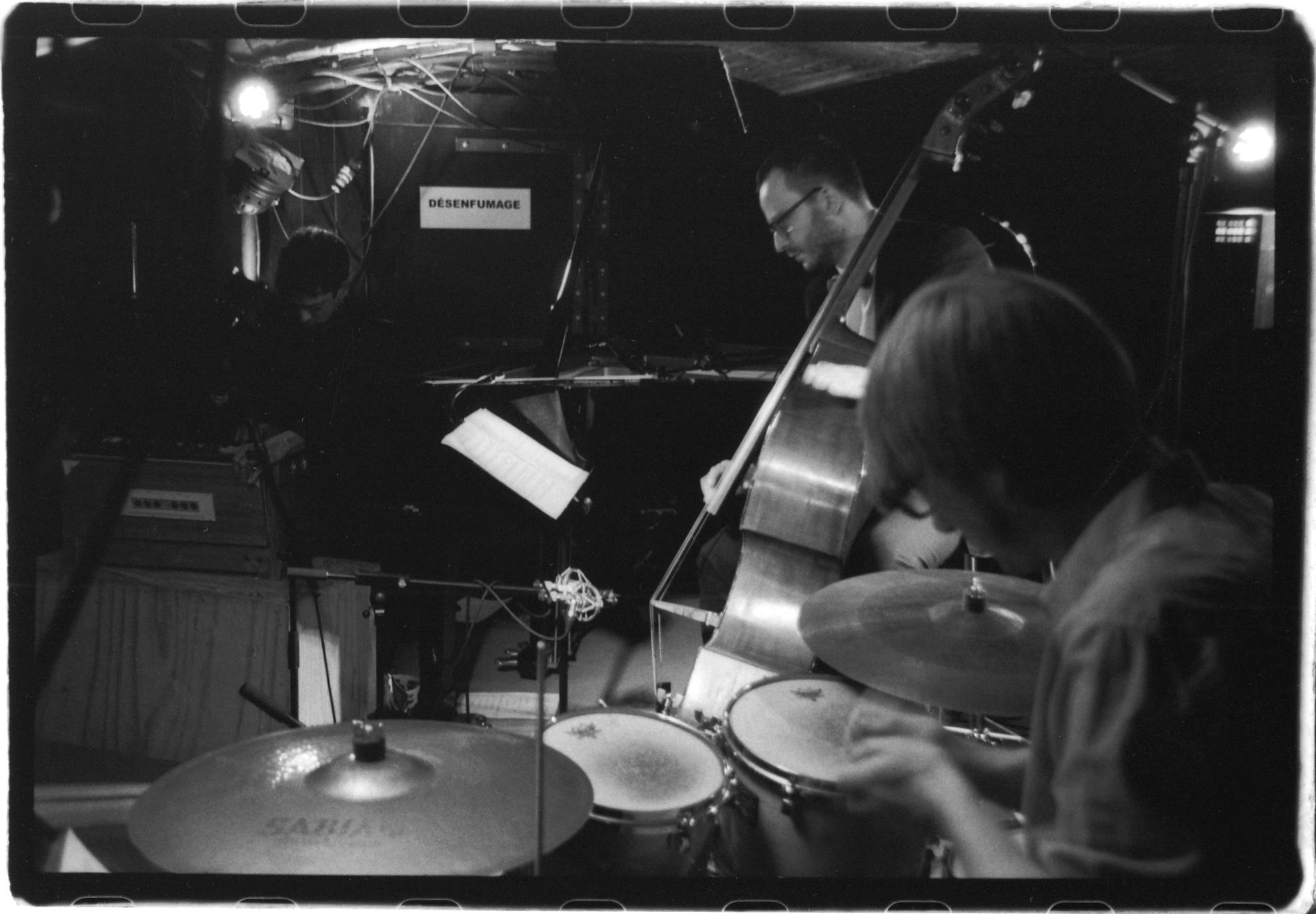 „ … an ensemble sound, which is very challenging, intelligent and deeply aesthetic, reflecting the best European qualities found in contemporary Jazz. Overall this is a superb debut effort, which emphasizes the endless possibilities for Jazz to constantly develop and conquer uncharted territory.“ (adambaruch.com)

WEI 3 is a trio founded in Katowice / Poland in 2013 with the Polish double-bass player Maciej Garbowski, the French drummer Peter Orins and Jarry Singla. Symbol of the cooperation between those 3 countries, also called Weimar Triangle, this no-leader trio is the result of all the influences of its musicians: Indian tradition, European (popular, classical, sacral, free), jazz, electronic music…

Their first CD release KALIKO reflects this diversity, offering a jazz anchored in modernity, where electronic sounds meet the deepness of the piano and the double-bass, where composition easily mixes with total improvisation.

Since ist foundation WEI3 has performed at the festival „Vive le Jazz“ in Germany, at the NRW Representations in Brussels and Berlin, at the Goethe-Institut Paris and in the University of Arras/France.

Maciej Garbowski is a bass player with a strong classical background. He founded the RGG trio and he can be heard in projects with Tomasz Stanko, Terje Rypdal, Jon Fält, Maciej Obara or Anders Jormin and Lena Willemark.

Peter Orins is one of the founders of the French collective Muzzix. He’s part of several projects of the collective, from jazz to free music, experimental or contemporary music. He can be heard with the quartet Kaze (Satoko Fujii, Natsuki Tamura, Christian Pruvost) or the trio Toc (Jérémie Ternoy, Ivann Cruz).